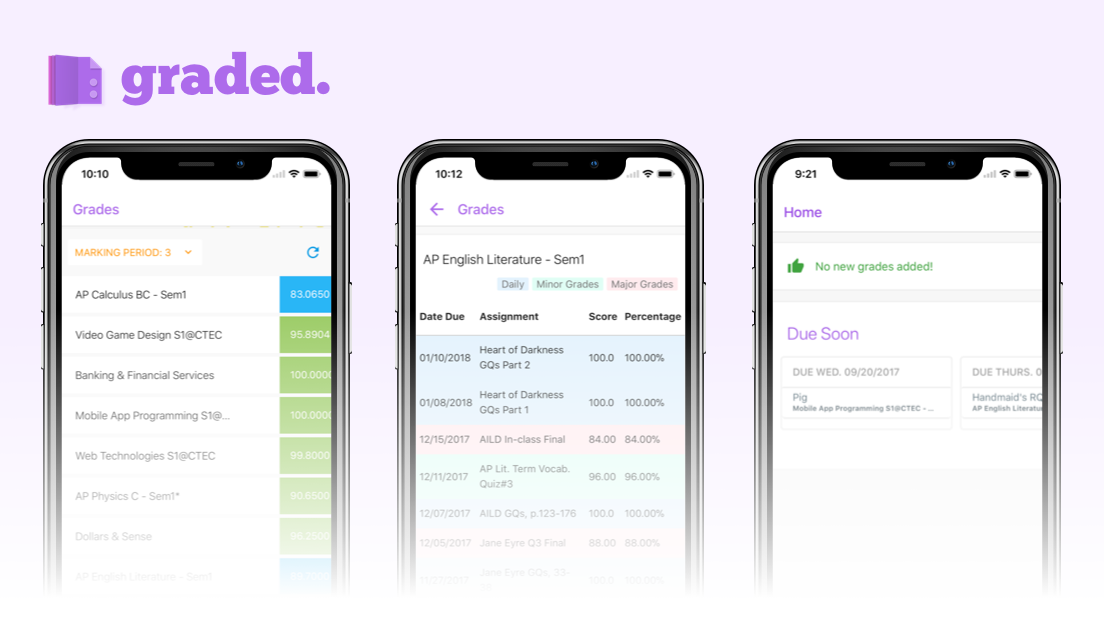 Graded was a mobile application that I made in the beginning of my sophomore year of high school (Sept. 2015) that allowed students to check there grades easily on their phone rather than using the unresponsive website. This app taught me a lot about deploying production software, the HTTP/HTTPS protocol, running linux servers, web scraping, selling ads, and much more.

In the three years that it has been opperational it has gained 35,000 daily active users across multiple school districts in the North Texas area. At the end of the 2017-2018 school year, I sold the app to Sleeker App Studios and has pretty much been shut down in favor for their own app: “GradePro”.